Reaction roles are cool, but you know what's even better? Button roles!
Button roles are the best way to help onboard new members into your community, not only can they provide detailed responses but they can also have custom colours, functionality, emojis & labels.
Our rolemenu creation process is super-duper-ultra-simple, and only requires a single command to be ran: k!rolemenu new. However, this guide will help explain in detail every step of the way!
To answer the questions the setup menu asks, all you need to do is either click the buttons or type a response- It's super super straight forward! 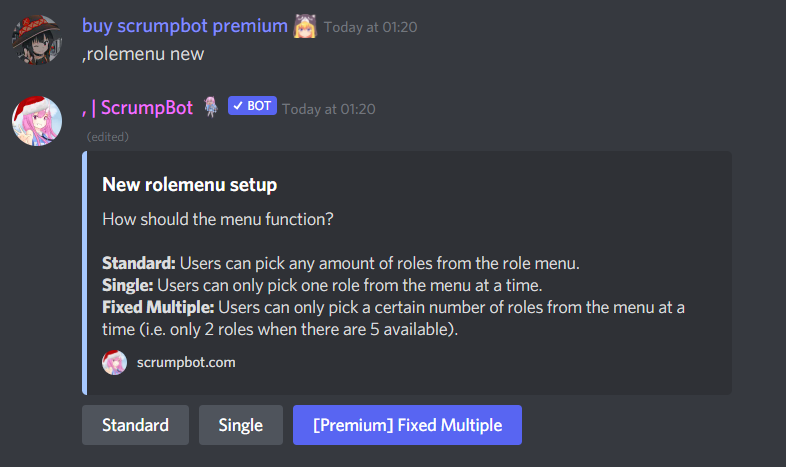 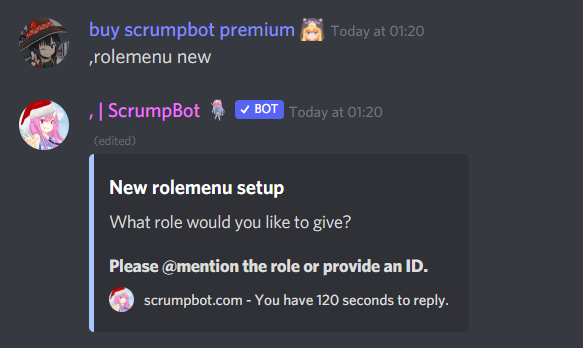 To answer this, all you need to do is either @mention a role & then send the message, or type out the roles ID. (Role ID's can be found with the k!roleinfo @role command). 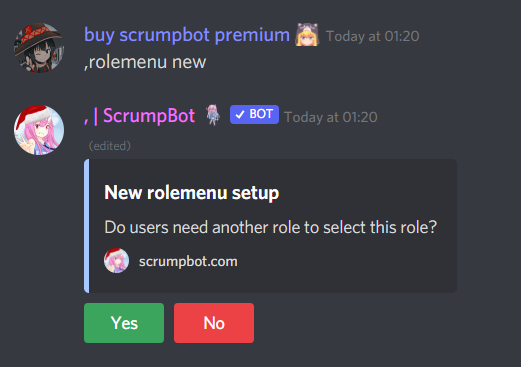 A simple yes or no on if users need to have a separate role to pick the role you've just provided, if enabled, this will only allow users who already have the role you specify in the next step to choose the role you mentioned in step two. 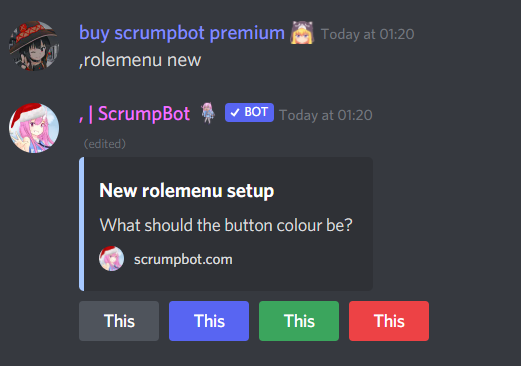 Purely cosmetic, this allows you to change the colour of the buttons that users can click to get the roles.

Also entirely cosmetic, allows you to add emojis onto the buttons that users press to get emojis- The emojis you choose must either be default Discord emojis or custom emojis from servers that ScrumpBot is a member of. 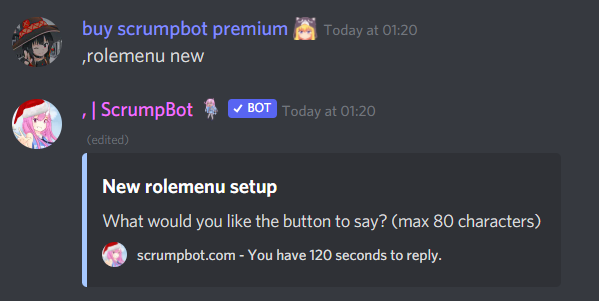 Allows you to setup the text that will display on the buttons so that it can have something more descriptive such as "Click me to get the announcements role" instead of a simple emoji. 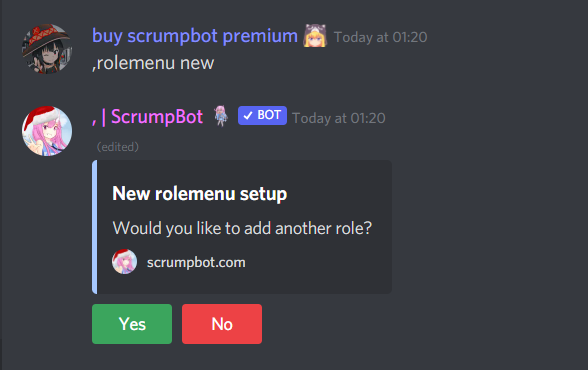 If you select yes, you will be brought back to step two where you will be given the chance to add even more roles- there is a limit of 25 roles.

After you are done adding roles, the bot will automatically delete your inital command & then edit it's message into the new role menu, this will then allow users to click the buttons to add/remove roles as you have specified in the above steps. 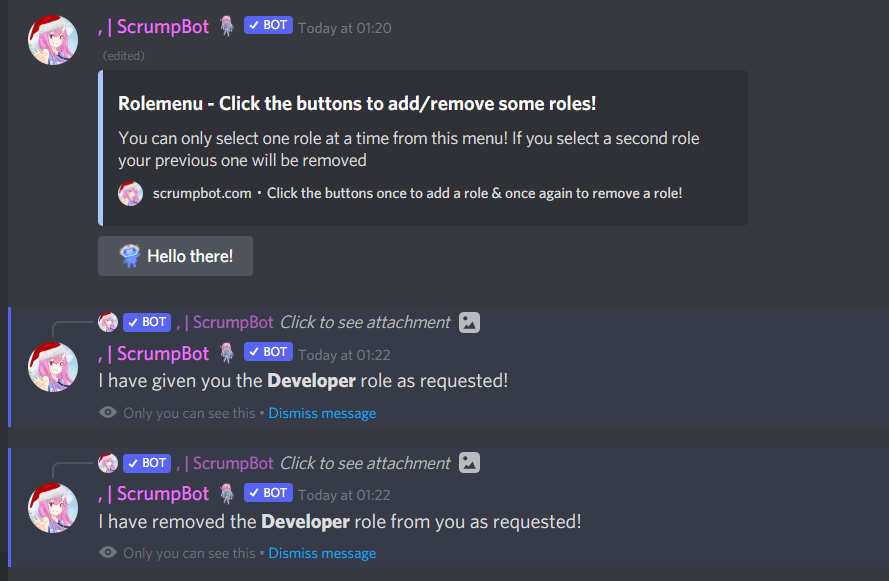